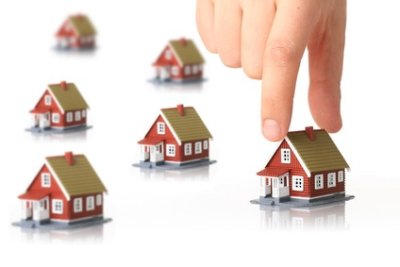 New research has revealed that as many as 34 per cent of Britons have searched for a house within a year of buying their home, seven per cent within the first month.

Britons are not completely content with the homes they are living in, according to the study, which also revealed that just one in six homeowners are completely happy with their current living situation. What’s more, 13 per cent confess to being very unhappy with their home, citing location, price and neighbourhood as the main reasons.

The study was undertaken by the team behind premier windows furnishing company Thomas Sanderson, who polled 2,457 Britons over the age of 18. All respondents disclosed that they owned their own home – which they moved into within the last five years – and have lived there for at least two years.

Those unhappy with their current living situation were asked why this was, and the top responses were found to be ‘I want to live in a different location’ (24 per cent), ‘I’m struggling to keep up with mortgage payments’ (23 per cent) and ‘I don’t like the neighbourhood’ (18 per cent).

Following on from this, respondents were then asked if they had looked for a new property – whether online or in person – within a year of buying their current home, to which 34 per cent revealed that ‘yes’ they had. Of these, one in 14 (seven per cent) said that they had looked within the first month of moving in.

Relevant respondents were then asked why they had begun looking for a new house within the first year of buying and moving in, to which the following were found to be the top reasons:
1. I wanted to see what else I could have bought for the price - 22 per cent
2. I regretted buying my home - 20 per cent
3. I wanted to relocate - 18 per cent
4. I felt like I made a mistake - 15 per cent
5. I felt like I could no longer afford my property - 14 per cent

Of these respondents, 19 per cent said that they were actively looking to buy another property (rather than just searching) within one year of buying their home.

Commenting on the results of the study, Richard Petrie, Marketing Director for Thomas Sanderson said:
“The housing market is a volatile beast, and the fear of missing out on a good house or deal can cause people to rush into buying a property. It’s understandable to be nosy about what else you could have afforded for the same price that you paid for your property, but interesting that Britons are looking to move house so quickly after buying.

"Take your time when looking for a house and ensure that is 100 per cent right for you before you put down a deposit and go through the process of buying – it’s an expensive process to find out you don’t like the home you’ve purchased, and one that’s not easy or cheap to rectify.”